Our Mission & Our Team

Salman and Samina Global Wellness Initiative (SSGWI) is driven by a threefold mission: to rebuild vulnerable communities with health, nutrition, and infrastructure; to empower the unprivileged with education, and to promote unity using interfaith dialogue and the healing power of music.

In poverty-struck areas across South Asia, children, youth, and families face greater challenges and struggle for basic resources. SSGWI goes where families face the greatest challenges and provides the necessary tools to help them grow and become self-reliant. All of our initiatives are driven by a common goal—to create opportunities that help our recipients succeed at school, at home, and in their community.

SSGWI is a 501©3 organization registered in the state of New York. 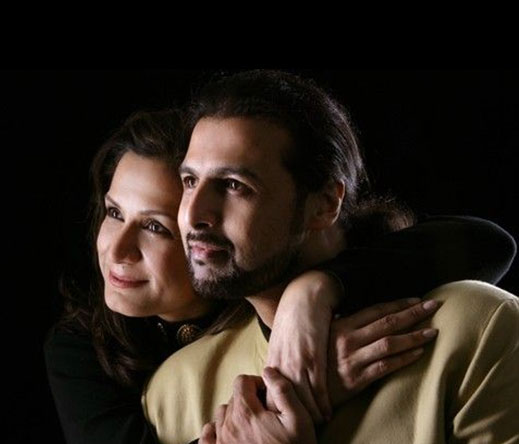 Witness to growing terrorism, hostility, and division across South Asia and the US, Salman and Samina Ahmad were inspired to promote interfaith harmony, health, and education, which they conceived as the three tools vital for unity, peace, and empowerment.

Over the years, SSGWI was the driving force behind several concerts for peace. Salman Ahmad collaborated with Yale Strom to create ‘Common Chords’ and perform interfaith concerts all over the United States. In 2009, SSGWI organized a “Concert for Pakistan” at the United Nations to raise awareness about Internally Displaced Persons (IDPs) in the country.

Salman has also collaborated with celebrated philanthropists and musicians such as Melissa Etheridge, Peter Gabriel, Ziggy Marley, and Sweet Rush. Under SSGWI, Salman’s music has been premiered at the UN General Assembly for World Humanitarian Day.

Community empowerment is an integral part of SSGWI’s mission and is achieved with optimal health and education. In 2008, SSGWI adopted a school in Mansehra, Pakistan to provide free education to girls.

In 2012, the organization adopted a village in Sajawal, Thatta with the intention to rebuild homes damaged by heavy floods. Dr. Samina Ahmad also runs a free medical clinic every year for the village, providing the community with free medical examination and treatment.

We are also installing water pumps across villages in Sajawal, Thatta, where there is a major scarcity of clean water. SSGWI regularly gives talks on achieving optimal wellness using holistic approaches at universities across the US and Pakistan.

Each year, the nonprofit runs its “Feed the Hungry” initiative to supply rations to hundreds of families during the holy month of Ramadan. SSGWI has also worked extensively to eradicate HIV-AIDS, polio and is currently involved in raising awareness and prevention of COVID-19 in 2020.

In partnership with trusted institutes, leaders, and advisors, SSGWI has created a continuum of education, health, and interfaith initiatives, all dedicated to empowering vulnerable communities to become agents of positive change. 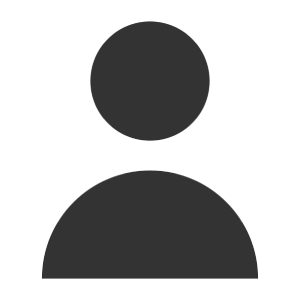 Professor of Indo-Muslim
and Islamic Religion and Cultures, Harvard University

Professor at Queens College of the City University of New York.

A graduate of the University of Punjab in Pakistan with a degree in Medicine, she began her medical career as an Internal Medicine Physician in the Senior Gastroenterology Department. After holding this position for many years, she then took a position with the National Institute of Child Health and later started her own practice - Family Practice Health Care Clinic for Women and Children. Deeply concerned about healthcare and its availability to underprivileged women and children, Dr. Ahmad subsequently opened and administered the Al-Rehman Welfare Trust & Medical Centre in Karachi, Pakistan.

For many years, Dr. Ahmad hosted television programs on healthful cooking, family issues, and nutrition. She graduated as a Holistic Health Counselor from the Institute of Integrative Nutrition, New York, USA, and qualified for national certification as a Holistic Health Practitioner by the American Association of Drugless Practitioners. She also received a certificate of completion for educational outreach from the Teachers College of Columbia University. Dr. Samina is a Chopra Center Certified Perfect Health Consultant & Primordial Sound Meditation teacher. She graduated as an Ayurvedic Lifestyle consultant & later completed her training as an Ayurvedic Practitioner from Amrit Yoga Institute, Florida, USA, and Greens Ayurveda, Kerala, India. She received her Associate in Ayurvedic Science degree from IUYA [International University of Yoga and Ayurveda] Dr. Samina is also a certified Ayurvedic Food & Nutrition Consultant from IUYA. Currently, she runs her Wellness Centre called ''Samina's Wellness'' (www.drsamina.com) in New York.

Dr. Samina Ahmad is presently the Business Manager for Junoon (www.Junoon.com), a highly acclaimed, internationally renowned Pakistani rock band that specializes in Sufi music promoting peace throughout the world. Samina, along with her husband Salman, has launched their New York-based NGO the Salman and Samina Global Wellness Initiative (www.ssgwi.org). The New York-based NGO focuses on three main areas: interfaith and cross-cultural dialogue, global health and wellness, and education. The organization held a concert to raise awareness for the 3 million internally-displaced persons in Pakistan at the United Nations General Assembly Hall, New York.

Dr. Samina Ahmad and her husband, Dr. Salman Ahmad, were nominated and included in the first-ever Pakistan Power 100, a unique ranking of the most influential and successful Pakistanis across the globe.

Salman Ahmad, one of South Asia’s most influential cultural figures, is a musician, physician, teacher, and Rotary International's Polio goodwill ambassador. With his wife, Samina, he launched an NGO called the Salman & Samina Global Wellness Initiative, focused on interfaith and cross-cultural dialogue, global health and wellness, and music education.

Ahmad popularized a blend of Western rock music and Eastern/Islamic music that has been called “Sufi rock,” and that has been hailed as a cultural bridge within South Asia and between the East and West.

Born in Lahore, Pakistan, Ahmad spent his teenage years in New York before returning to Lahore to train as a medical doctor.

Turning then to his true passion for music, Ahmad founded South Asia's biggest rock band, Junoon, in 1990. The band faced death threats and harassment from religious extremists and government forces in its early years, but Junoon’s sweeping melodies, bhangra rock rhythms, and driving guitars led it to become known as "the U2 of South Asia.”

Ahmad led Junoon in a 2001 performance at the UN General Assembly Hall—the first such rock performance in that hall. In 2007 Junoon performed at the Nobel Peace Prize ceremony in Oslo. The group defied death threats from militants to perform in 2008 in the valley of Kashmir -- the first rock concert to be held in Srinagar.

Ahmad has written a memoir for Simon and Schuster titled Rock and Roll Jihad and has written commentaries for the Washington Post’s "On Faith" website. He is also a member of the Brookings institute's US-Islamic arts & culture panel for public diplomacy.

Ahmad has appeared on major television networks such as CNN, FOX, ABC, NBC, AL-Jazeera and AL-Arabiya and has been the subject of two documentary films: "The Rockstar and the Mullahs" and "It’s My Country Too" for PBS/Wide Angle and the BBC.

Ahmad is also a professor at Queens College (CUNY) where he teaches music and poetry from Muslim culture.
He received an honorary doctorate from the Claremont Graduate University in 2009.